The follow up to the number one Sega action adventure ‘Lets Go Jungle’. This time players are on a South Pacific island diving tour and soon end up in trouble with modern day pirates. The game follows the story of Beth and her bumbling tour guide, Zack. While out on a boat tour around the island, pirates (being chased by sharks) crash into their boat and try to commandeer it. The two are thrown overboard and wash ashore on a tropical island, where the local wildlife has gone crazy. Beth and Zack must work together if they hope to escape the island.

The game is an on-rails shooter for two players, with the cabinet featuring a rapid fire, fixed-position pivot light-gun. Players must work together to survive everything the island has to throw at them. The bulk of the game involves shooting down swarms of enemies, which typically take the form of mutant island life. A boss character appears to finish each stage. During the course of each stage, a number of mini-games are initiated. These involve button-bashing, correctly timing a button press, or pointing the gun in the correct direction to avoid a hit. The game is over when the player's life bar is fully depleted; however, filling the Life Up gauge at the bottom of the screen will grant a partial health refill.

Let's Go Island consists of five stages, with a standard beginning and end stage and a choice of three second stages. The second stage features a themed mini-game - for example, in the "Golf Buggy Paradise" stage, players lose their machine guns and must defeat enemies with their golfing skills. After each stage, the players are rated on compatibility. The game's ending depends on whether the player successfully completes the final mini-game in the third stage.

Be immersed in this nonstop island adventure with its 42” screen, frantic rapid fire game play and unique themed cabinet. 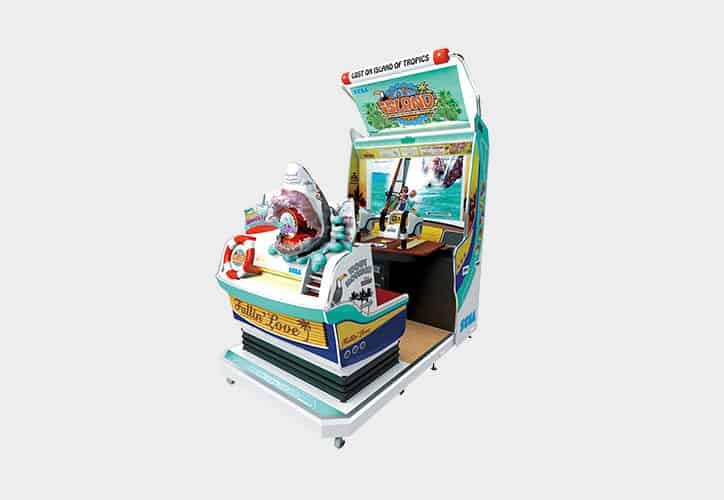 We offer an extensive range of arcade games and simulators to suit your needs. Whether it 's a short term lease or a long term revenue share, Commercial or Corporate, ACM can provide a package that's right for you....read more

The event went really well. The game was a definite hit – it was very engaging – with both individuals and the crowd. There was definitely some excited yelling and laughing which was good in comparison to the serious nature of the rest of the event. I’d never played Pac Man prior to that week and by the end of it I was pretty addicted...read more
LeapThought NZ Ltd